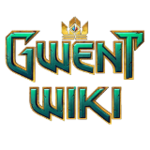 Gwent is a fast-paced card game that was developed within The Witcher 3: Wild Hunt by CD Projekt RED. Invented by dwarves and perfected over centuries of tavern table play, Gwent is a game of initial simplicity and ultimate depth, something beloved by both road-weary travelers during long nights around the campfire and elegant nobles looking to liven up dragging dinner parties. The game is about the clash of two armies locked in mortal struggle on a battlefield where the players are the leaders and the cards their forces. With five different factions offering unique combat styles and endless paths to victory, Gwent is every adventurer’s first choice when it comes to one-on-one card-based dueling. Take risks and think on your feet, strategize and deliver cunning combos, use potent magic and mighty hero cards and be the last one standing on the field of honor!

Its popularity within that game soon spawned an independent browser-based card game by the same name, which in turn later lead to a new RPG: Thronebreaker: The Witcher Tales.
[Read more...]
Games

How to help
See how you can help contribute to Gwent Wiki! Remember to maintain a standard for grammar and punctuation in your contributions, please.

Register
Register an account to keep track of your contributions.